Last month was my four-year anniversary from the picture on the left! YIPPEE!!!

I thought that before launching into topics on nutrition and good health it would be helpful to give some background and share my own experience. This might explain enough of where I’m coming from to understand why things like this make me giddy:

McDonald’s closing more stores than it will open in the US for the first time in over 40 years!

YES!!! That gets me REALLY excited!!

But anyway, I’m not exactly sure where to begin with my story and I don’t want to make this a super long, boring read. So I’m going to try to just give some highlights and hopefully you can stay awake!

I’ve had lower-than-normal energy levels for as long as I can remember. It didn’t become an obvious problem though until I was a teenager. As a high school student, I remember being exhausted always. It became a family joke to see who the unlucky person was that had to wake me up in the morning (let’s just say it wasn’t pretty…).

At school I slept through classes every single day. I remember being absolutely un-able to stay awake during Earth Science (and a few other classes that I won’t mention). The teacher was a nice guy and didn’t bother me too much about it. But he did pull me aside once or twice and offered suggestions to help. It surprised me that it was a big enough deal that he felt the need to pull me aside. But I guess I was, after all, the only student sleeping through the entire class every day. And maybe he was right. All I needed was some good exercise…

As a college student the problem seemed to get worse. I had experienced ups and downs with my energy levels before, but as a college student I was pretty much a big hot mess. I slept soundly through most of my classes. The drone of a professor’s voice was my kryptonite.

At BYU Provo I really did try to study. I did! I remember vividly how I would head to the library most nights in earnest, hoping to make a dent in the mounting stack of schoolwork. I would sit down determined, at a quiet table and crack open a text-book. Obediently I’d start reading the assignment. When I got to the end of the page and realized that I had no idea what I had just read, I would read it again. And again. (Why does reading make you SO tired??) Regardless of my good intentions I always woke up, face down in a puddle of drool. EVERY. SINGLE. TIME. I felt completely frustrated and powerless. At that point it was useless to try any longer and too late anyway. So, half-dazed I would gather my books and head home, only to repeat the process again the next time.

The most embarrassing experience (concerning fatigue, anyway…) in college happened during my student teaching. I was sitting in the middle of a one-on-one, face-to-face meeting with one of my supervising teachers. Keep in mind that this woman had a lot of influence over my first teaching job (and I REALLY needed a job!!). We were sitting at a table, the only two people in the room and I zonked out cold mid conversation! I’m talking my head dropped down and I was GONE!! Luckily, I happened to have a cold at the time so the teacher thought I was just sick. She kindly told me to go home and get some rest. Whew! I escaped with some dignity in tact but still – who does that?!

Eventually I managed to get through college (with good grades, I might add!) and landed my first teaching job. I was teaching mild to moderately disabled high school students at a huge, tough-ish high school in a big city. It was exhausting and difficult. I remember driving home at the end of each workday literally unable to hold my head up off my seat’s headrest. I couldn’t do it. It was just too heavy. And at least two nights a week I had to come straight home from work, put sweats on and lay on the couch until bedtime. If I didn’t get at least a couple of these nights in every week I simply could not function. I remember once a roommate expressed some concern but I didn’t think much of it. I just figured the job was wearing me out.

During school hours I pretty much held it together and I did a good job. But I remember many times walking down the hallways sincerely worried that I was to the point of exhaustion where I might collapse. Thank goodness I never did.

Summers were always a blur during my six years of teaching. I pretty much just slept and rested. I was always frustrated that I didn’t accomplish much of anything in two and a half months. But at the time I thought that I had just gotten severely behind on sleep and if I could just get caught up that all would be well.

I couldn’t drive the 3.5 hours home to visit my parents without loading up on caffeine. Once I failed to get my usual Mountain Dew and had to pull off the freeway to “rest” because I was falling asleep. I woke up several hours later in a daze and drove the rest of the way home in a fog.

I couldn’t stay awake during a temple session to save my soul (ironic…no?). In my religion, we visit our temples and often participate in what is called an endowment session. Just sitting still in the peace and quiet was more than I could handle. I always tried to get a seat next to a wall so that I could lean against the wall to sleep rather than bob my head up and down the entire time. I didn’t want to sleep and I felt badly that I did. But I was completely unable to stop it. I figured it was better to go and sleep than to not go at all. A few times I was in such a deep sleep that I was dazed throughout the session, barely regaining consciousness enough to participate. I must have looked like I was on out of my mind!!

Right after the hubs and I got married I took a job teaching 1st Grade that had a 40 minute commute each way. That required me to get up early. This was a bad idea because getting up early did not agree with me. Getting up PERIOD did not agree with me, but especially early. I compare it to waking up from a coma. Not that I ever have personally, but that is as close as I can get to explaining it. In the waking up phase I could vaguely hear far away voices (or alarm clocks) but couldn’t move. I couldn’t give any signal that I was awake and alive for quite a while, sometimes an hour or more. It took me to my absolute limits of self-will to get myself out of bed each morning. Needless to say I was late. A lot.

During our second year of married life the Hubs and I decided to splurge and get season ski passes. We didn’t have kids, so why not? We braved the traffic and mountain roads almost every weekend.

I wasn’t able to get up early after a full week of teaching (Hubby was very patient with me). Then I’d sleep soundly on the 1.5 hour drive to the mountain. I’d ski for a couple hours and then sit in the lodge for a couple hours. Sometimes I’d ski again after that, but not always. I just remember being so tired. While I was skiing, all I could think about was getting back to the lift so that I could sit down and rest for a little while.

Several months later I did a sleep study. My doctor at the time was one of the unusual ones who took me seriously when I told him I was always REALLY tired. I wasn’t worried about sleeping through the study even though I knew they would attach wires all over my body and interrupt me constantly. This was MY THING, man! NyQuil was for amateurs! I had been prepping for this moment my entire life and for once – it was a good thing! I easily slept through the study and sure enough, the doctor found that I had obstructive sleep apnea.

What a relief! I had FINALLY figured out my problem! I was on my way at last to more energy and vitality! Everyone told me so. My dad (who also uses a CPAP), co-workers at school…Even the guy who set me up with my first CPAP machine told me how life changing it would be.

So, every night thereafter I dutifully strapped that mask to my face regardless of whether I wanted to or not (um…and it was always NOT). I needed this to be my answer.

At first it was pretty discouraging because I was even more tired than before. But in the end persistence paid off and I finally had a CPAP setup that worked for me.

Did I feel better? Yes.

But only a little.

Was it life changing? Nope.

I continued using my CPAP anyway (and still do today) because slightly better is better than not better at all.

*More to come! Stay tuned for A Little History, Part 2 coming soon! I promise it has a happy ending. 🙂 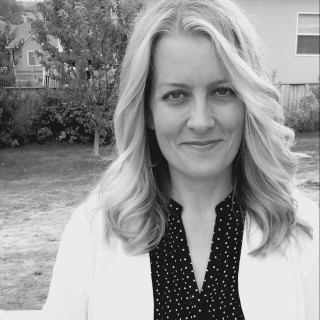 I am a wife to my awesome husband and mother to three amazing children. I enjoy learning about nutrition and how it can contribute to good health, cooking, baking, gardening, natural remedies, exercise and yoga. A clean house makes me happy but I rarely have one! I love shopping, date nights, girls nights out and going pretty much anywhere. Road trip anyone?